Amedeo Schiattarella attended, as member, the IAA World Council, which agreed to hold next World Triennal of Architecture – Interarch 2018 from May 13th to 20th in Sofia, on the occasion of the 30th anniversary of the Academy.
During the Triennal and in conjunction with the hundreth anniversary of Bruno Zevi’s birth, amongst the founders of the Academy, a conference will be held to remember his role as an international critic. This will be a joint initiative with the Fondazione Bruno Zevi.
The IAA World Council has also decided to reward Paolo Cucchi’s project Pavilion Ponderosa in Johor Bahru, Malayesia with the 2016 IAA Prize. Amedeo Schiattarella has been confirmed President of the IAA Italian Branch. 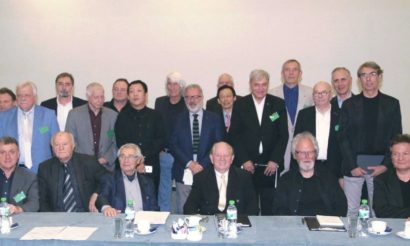