In the site there are still the traces of the original configuration of the cliffs leading towards the Wadi Hanifa. Where the original configuration has been erased from earth movements that have affected the intervention area, the idea is nevertheless to recover the memory by recreating a natural setting and placing it at the heart of the intervention.

Inspired by the typical features of the wadi, which traditionally was essential to Najd settlements, we decided that our project must have green core in the lower part of the site. A Wadi with its extensions, therefore, becomes the center and also the element at the base of the whole territorial system, a sign that gives meaning to the whole landscape. This green core will act as a mending and buffer zone, between the different functions of the development. 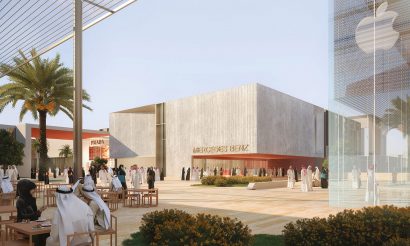 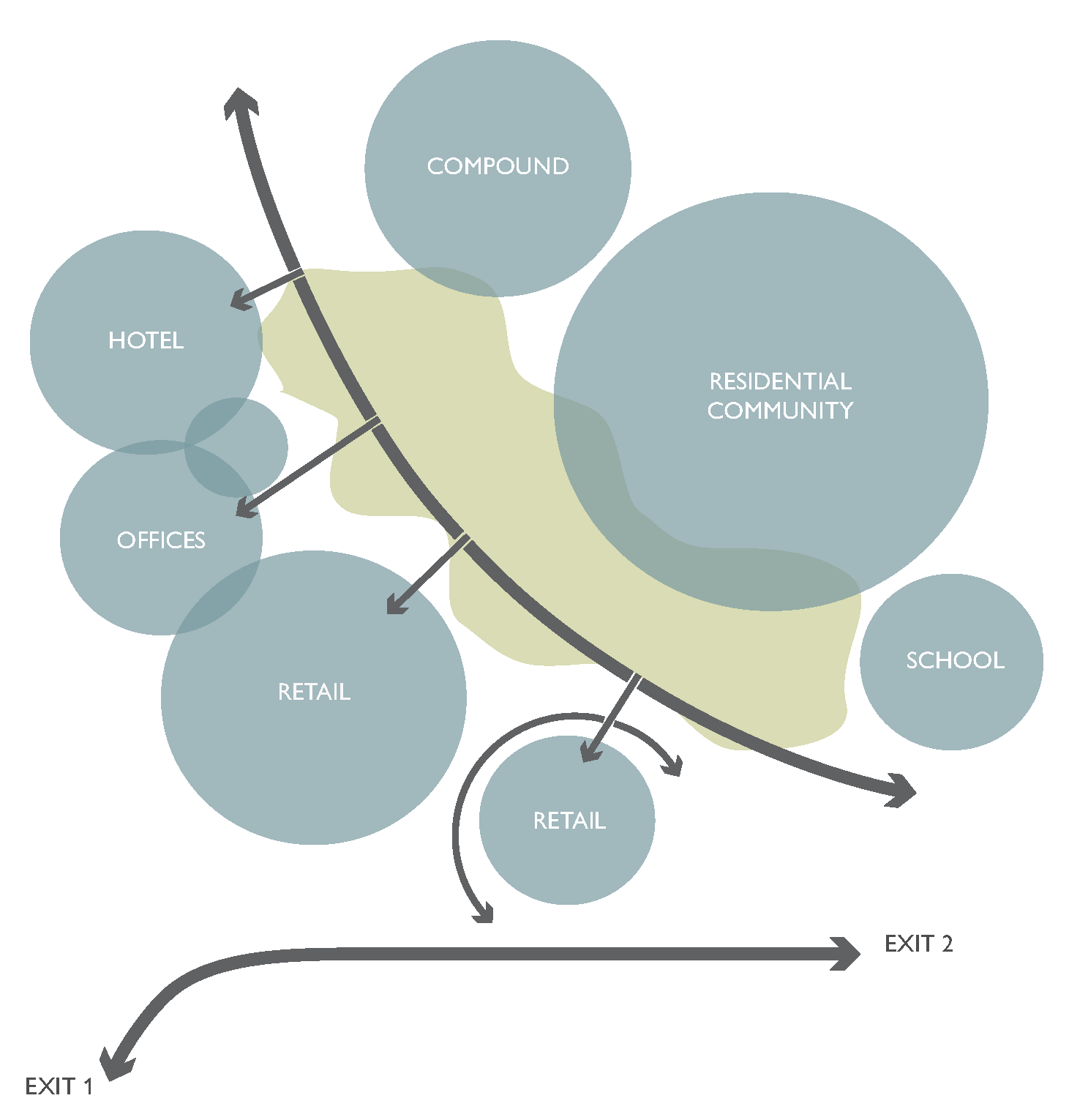 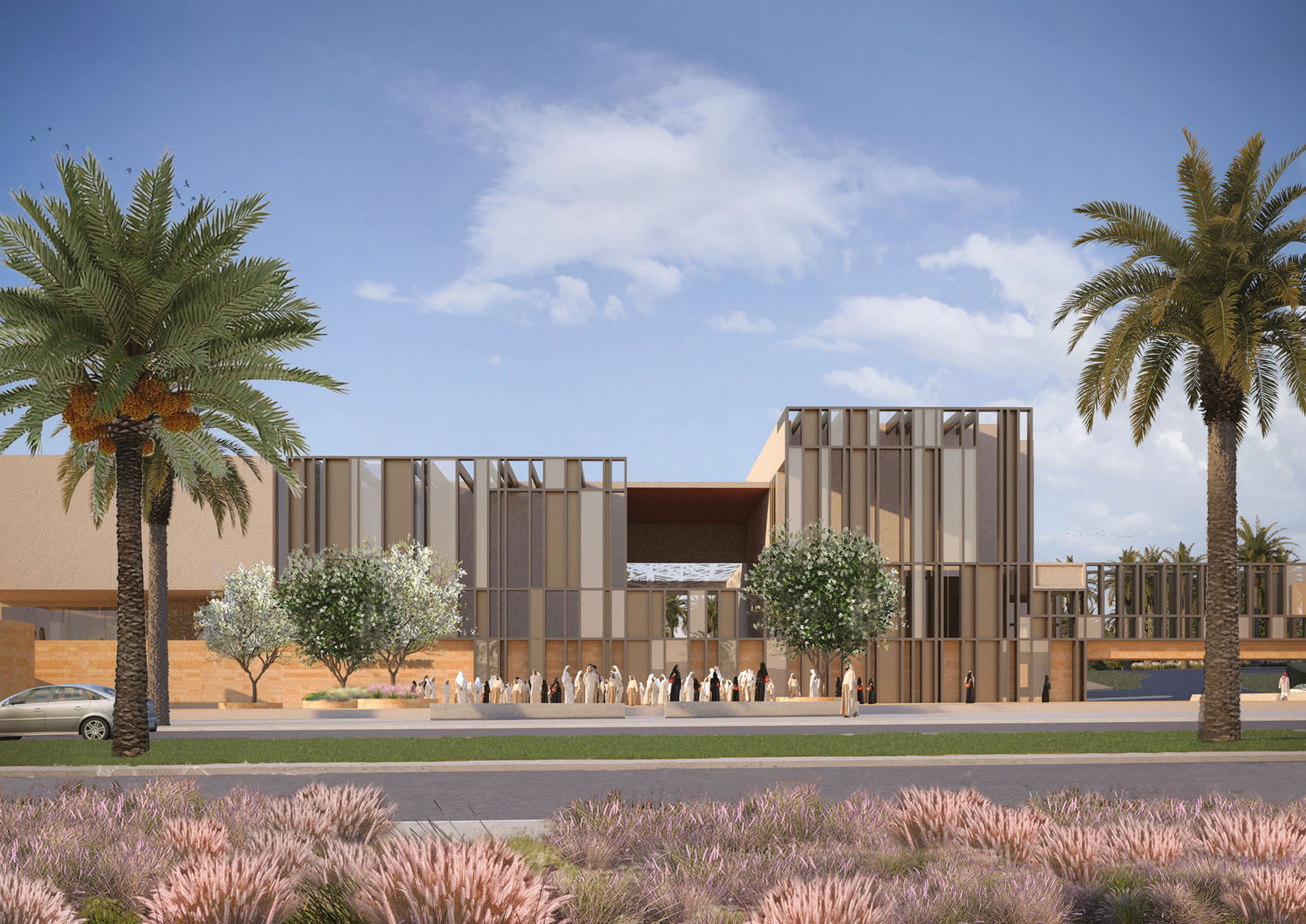 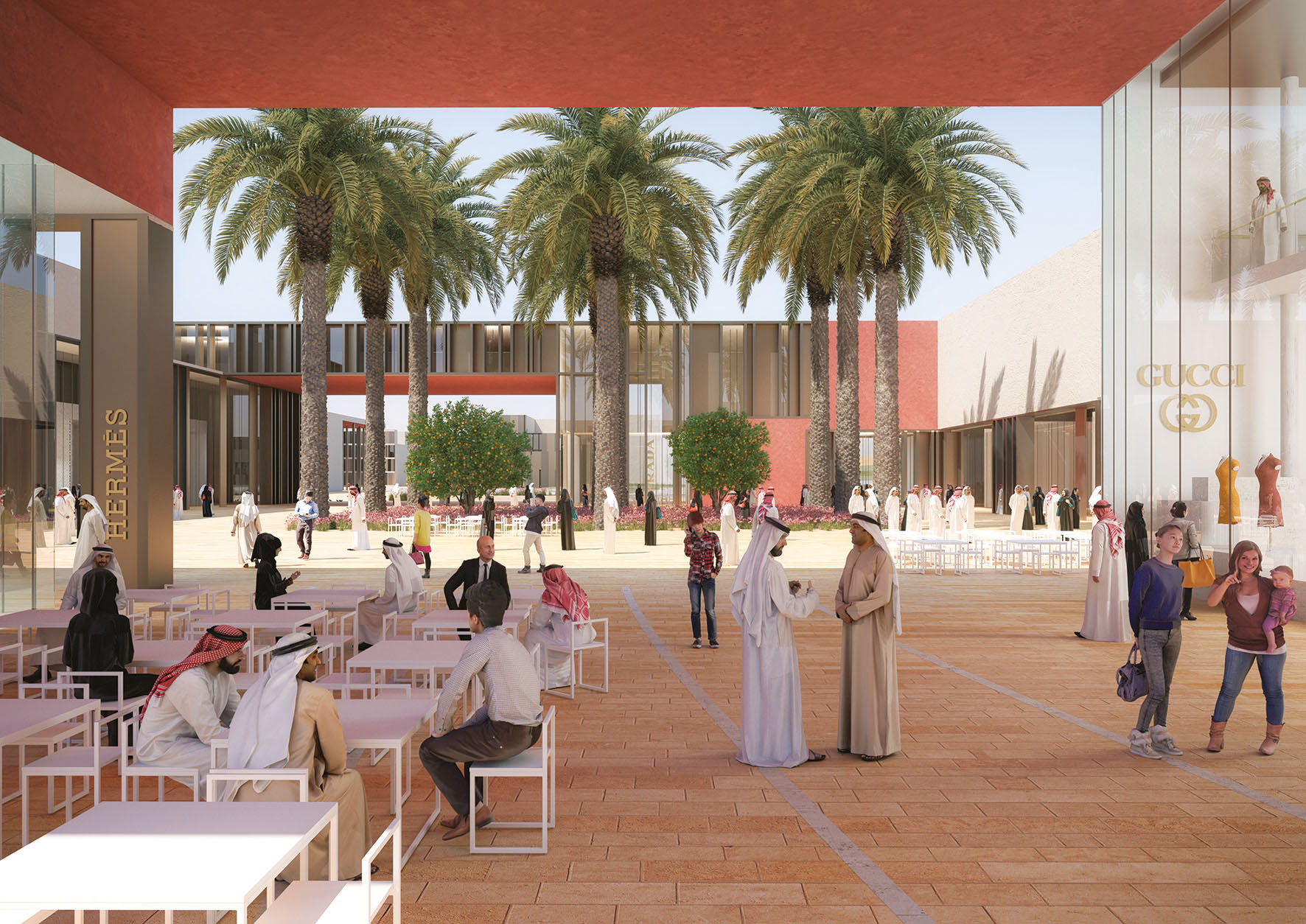 Our proposal take place from the historical configuration of the territory, essentially a plateau carved by green wadis, enhancing its great landscaping potential. 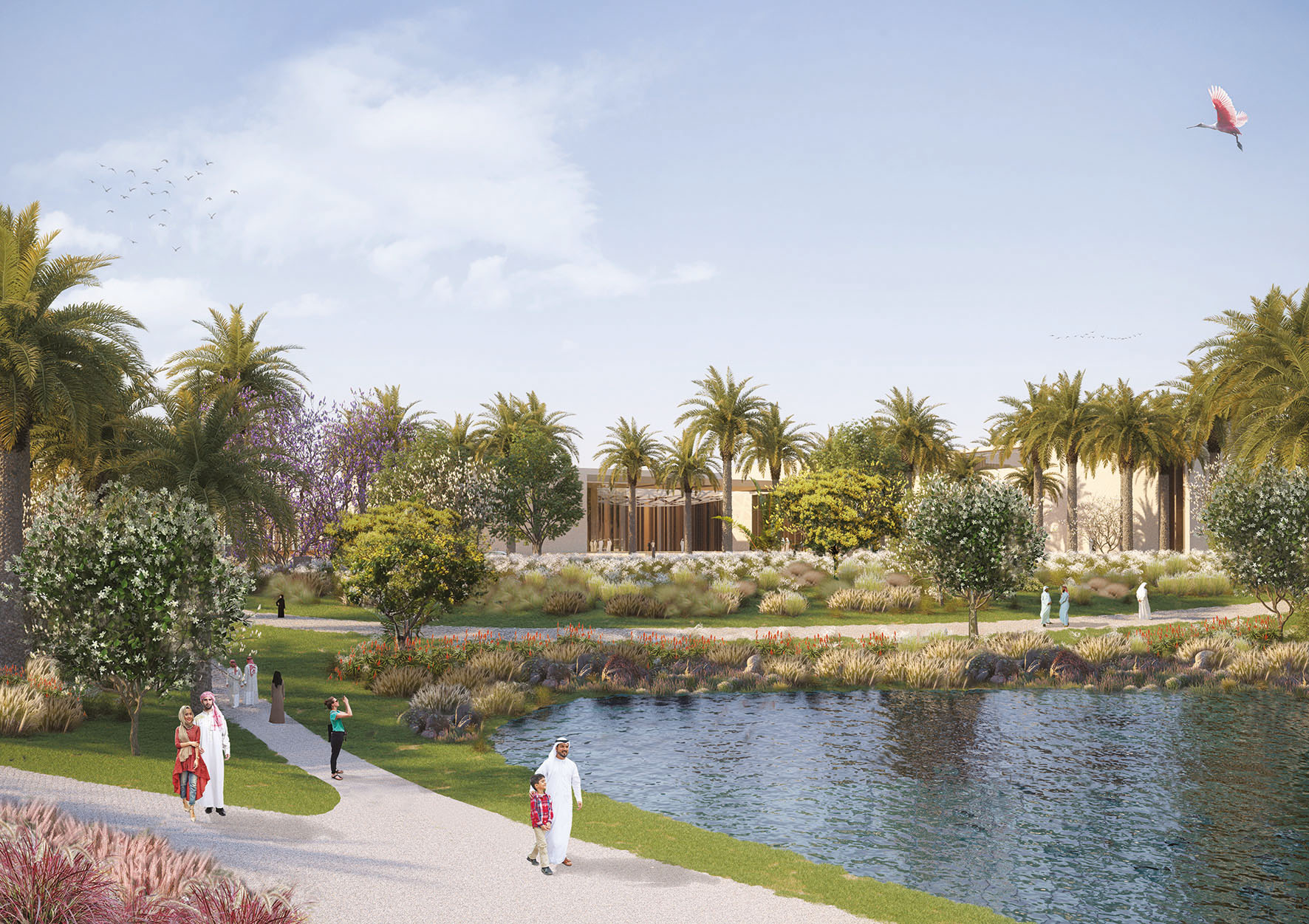 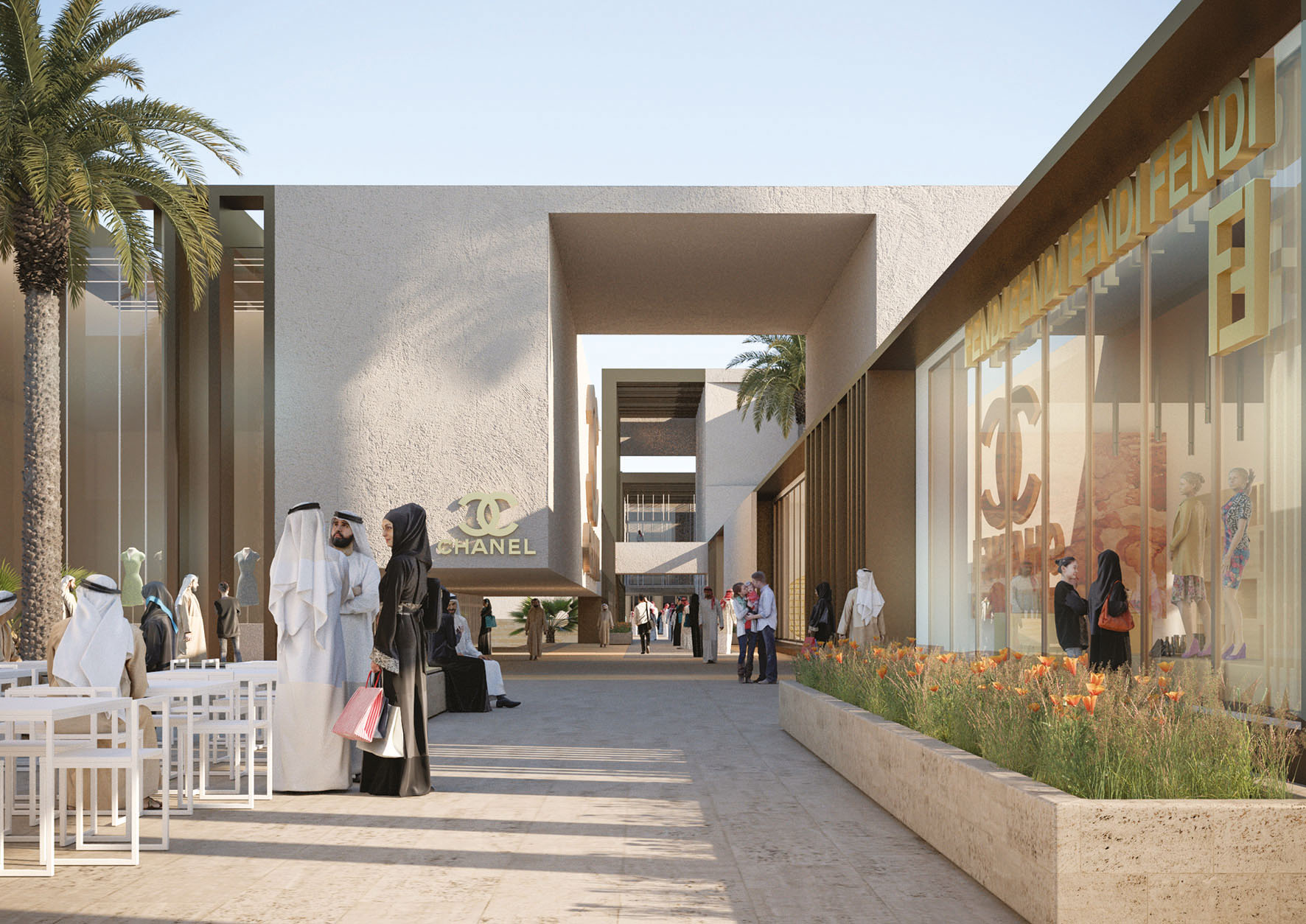 The project proposes a concept of walkable city, being it a city ruled by the human scale, in which all public spaces, including main and secondary paths, rest spaces, public squares and semiprivate courts, are interconnected. With this project – taking into consideration the necessity of people to develop a way of life in Riyadh – we are creating a world-class urban district, which might serve as model for the creation of a new urban paradigm. The introduction of landscape elements, shading canopies, attractions and different activities aims to define a pedestrian-friendly area extended to the whole district, which encourages shopping, socialization and relaxation at the service of the neighborhood community, its residents, its visitors.