Combining innovation and tradition, this appears to be the requirement currently expressed globally. The objective of our proposal was to adhere to the specific route adopted by Saudi culture. The starting data for our project was both related to the type of territory: the horizontal landscape of Riyadh, the colour of its earth, the lay of the land inset by the green Wadi’s and to the specifics of the plot I.e. the continuity with the Green Fingers network and Earth Berm Park the morphology of the buildings around it (volumes, design consistency, location), the circulation routes, accesses, plot orientation and exposition of the road facing fronts.

All this information contributes to the formation of the design idea, but we intended to use as a starting point the “signs” of the Saudi cultural identity, or rather the formal elements that represent it symbolically. The beduin tent was chosen as an icon and representation of the culture of Riyadh not only for its aestethic caracteristics but for the significance and values it represents in Saudi society. The tent is the living space par excellence, it represents protection and shelter but also an open space for sharing and welcoming. 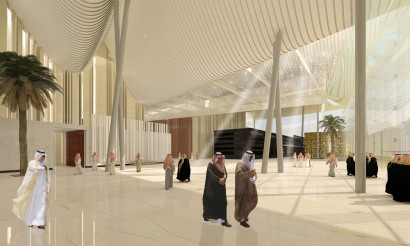 Client
High Commission for the Development
of Riyadh 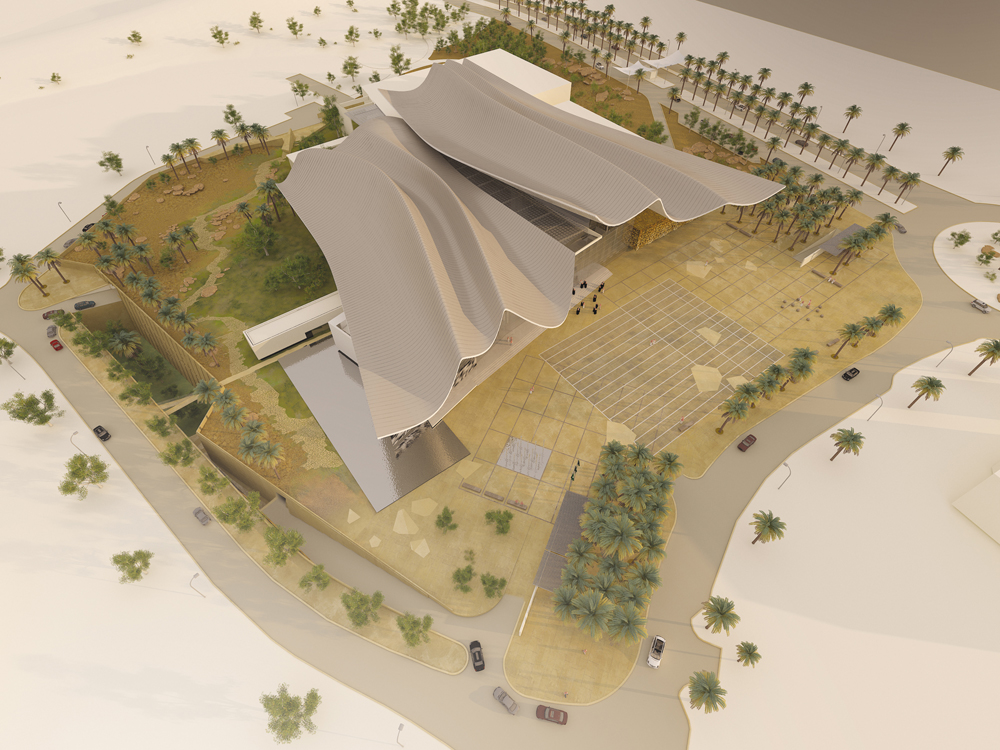 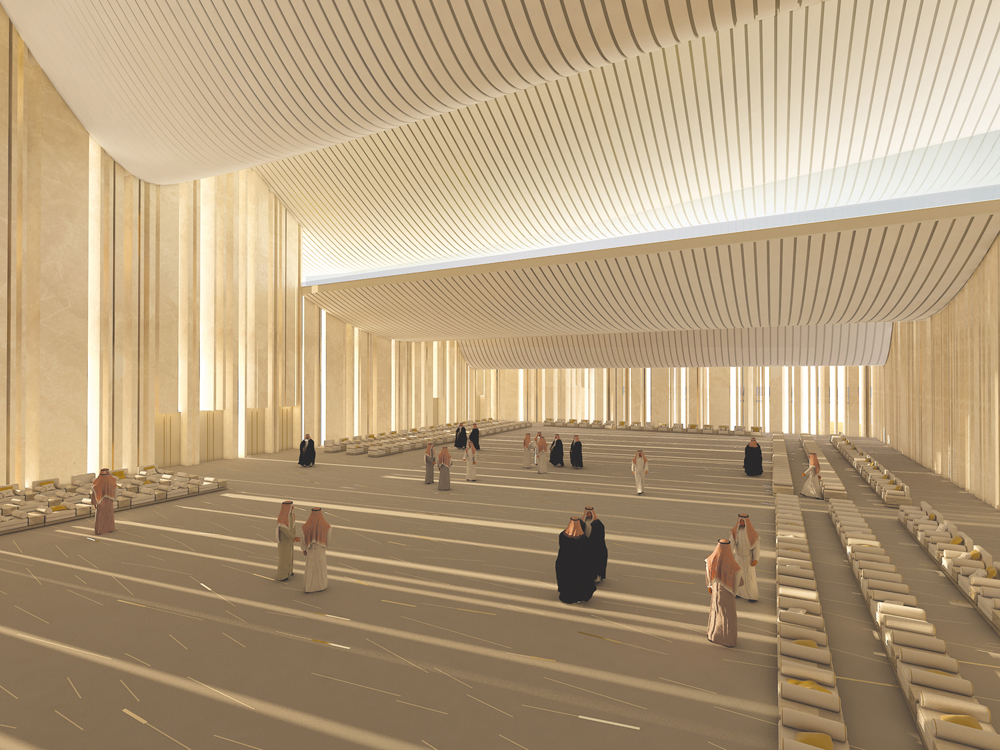 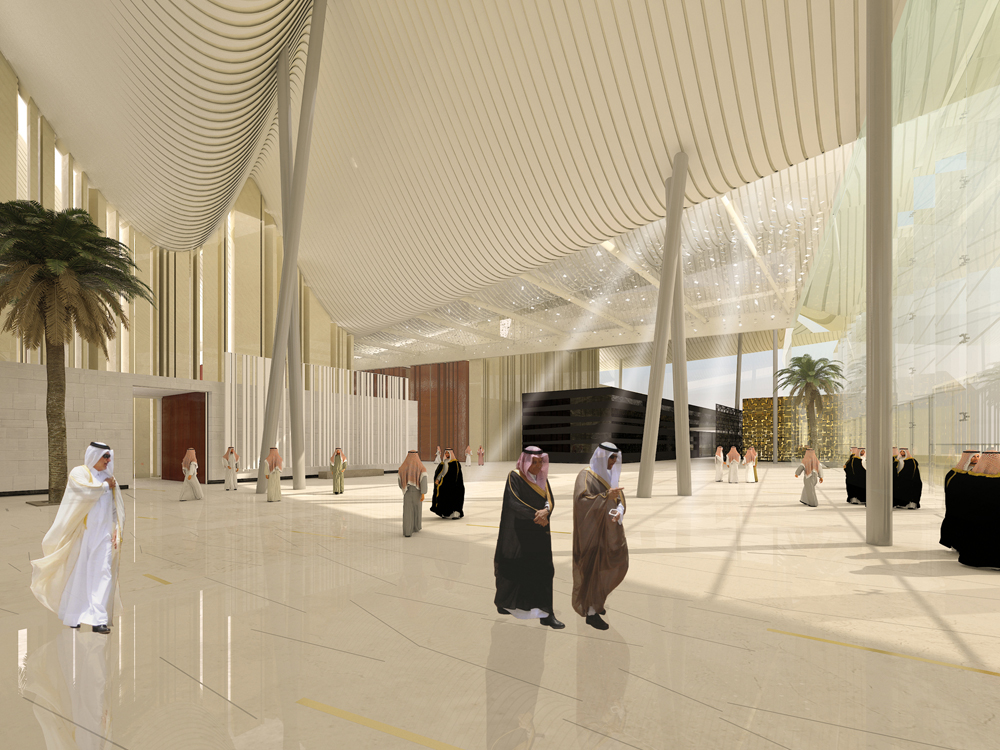 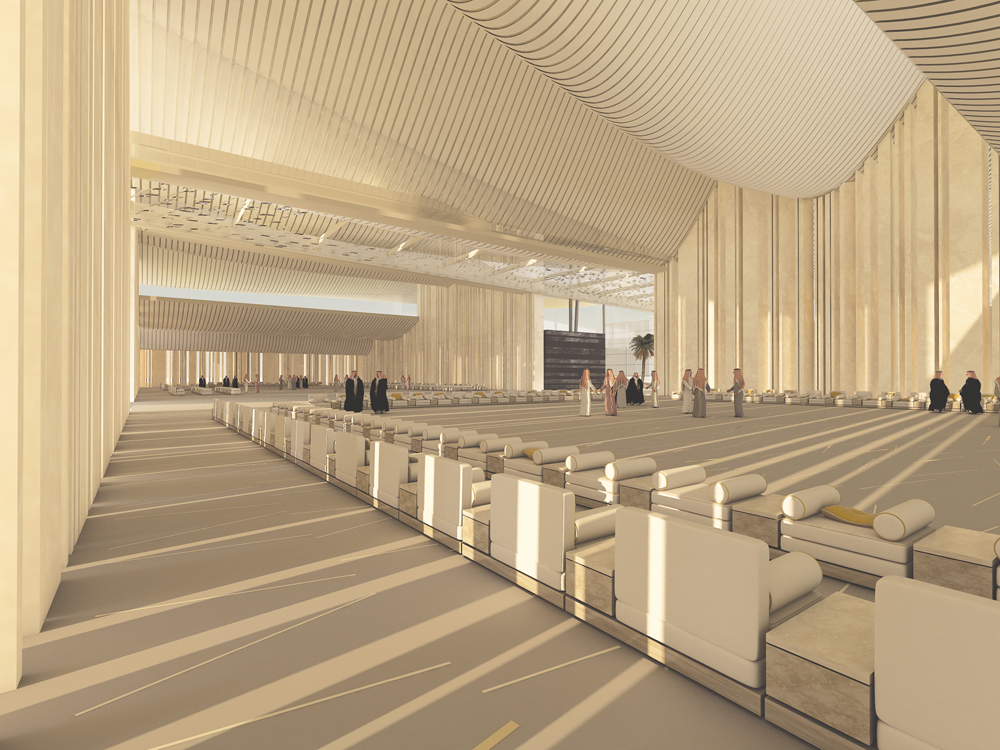